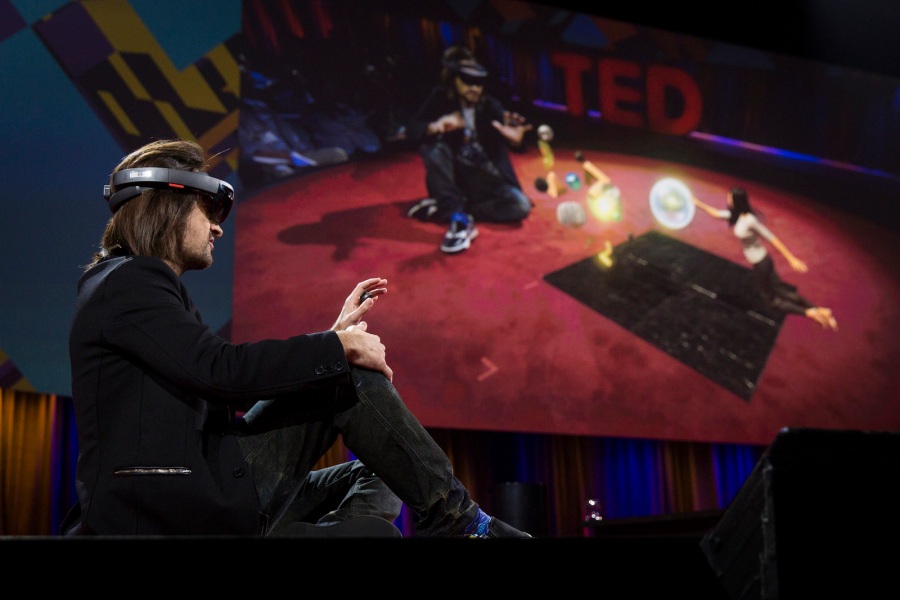 TED 2016 was another mind-expanding and wildly inspirational week. I plan to post a few blogs on the best sessions, the biggest ideas and the most quotable quotes. I’m going to start with some of the coolest virtual reality (VR) things I’ve ever seen.

Alex Kipman, the visionary behind Microsoft’s brilliantly innovative “HoloLens” augmented reality headset, showed off a live demo of this amazing (and not yet released) technology. Augmented reality is not a new idea but the HoloLens demos showed that it is likely to be part of our every day life sooner than I had imagined. By slipping on the self-contained headset, Alex was able to see the real world but it was overlaid with real-time 3D images — essentially creating new experiences that seamlessly merge the real world and the computer world. While VR has gotten most of the media’s attention, AR will play an even bigger role in the world of business and commercial applications. 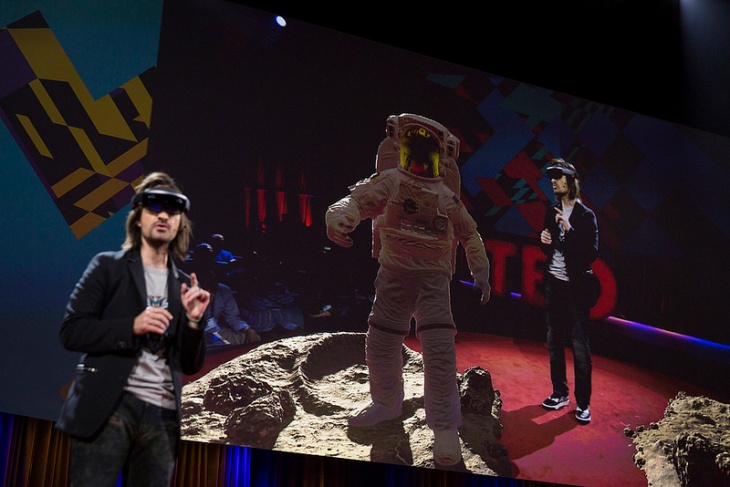 Star Trek’s Holodeck is real. The VOID starts with a generic but very real “stage”. It has walls, hallways and some nifty effects like vibrating floors. The real magic happens when they suit you up with a virtual reality headset (VR) and a vest that can detect your hand movements and creates small pushes and buzzes on your torso. The VR overlays the physical stage and you magically find yourself walking and exploring a world of 3D caves and jungles. This is the VOID — a new place-based entertainment medium that brings a wide set of technologies together to create a one-of-a-kind “you have to experience it to believe it” form of entertainment.

As I walked through this adventure with my friend Chris, he appeared like a ghostly Indiana Jones. Together we walked inside caves, solved mysteries, opened secret doors, and sat on ancient thrones. We even shared a virtual torch that lit our way. Of course, in reality, the torch was little more than a stick, but with my VR head set on, it looked like a real torch with a real flame that cast a very believable light (all in VR). With even more magic, I could actually feel the heat of the torch as Chris and I passed it back and forth to each other.

Fortunately, despite a 30 foot snake, perilous mountain cliffs, and dark magic around every corner, Chris and I we were able to navigate the entire adventure and make it out alive.

The VOID isn’t commercially open yet but you can check out the URL above and get on the waiting list. It’ll be worth it.

Side note: Harrison Ford was at TED this year and apparently he got to play himself in his own private demo of the VOID.

Jim Marggraff, the CEO/Founder of http://eyefluence.com/about-us/ (also inventor of ground breaking products like LeapPad and LiveScribe), hosted a “Jeffersonian” dinner with nine other AR/VR enthusiasts. Our surprise guest was Jeff Norris, Mission Operations Innovation Lead, NASA Jet Propulsion Laboratory. Jeff is helping NASA explore other planets using these new technologies. And, to my delight, he was visually teleported onto the TED stage the next day as part of the HoloLens demo (think Skype meets Star Trek’s holodeck).

The dinner conversation was amazing with topics ranging from the possibility of people escaping into VR and avoiding the real world altogether to the promise of never-before-imagined productivity in human-to-computer interactions (imagine a VR world that contains dozens of “virtual” computer monitors that respond instantly to the slightest glance of your eyes or flick of your fingers).

Chris Milk, music video producer turned pioneering VR cinematographer, created an unforgettable experience for the entire TED audience. Before the session started, we were all told to download an app and we were given a Google Cardboard VR viewer. As the clock in the app ticked down to zero, Chris had us all put on VR goggles and, together, we experienced an amazing sequence of some of Chris’s finest VR story telling.